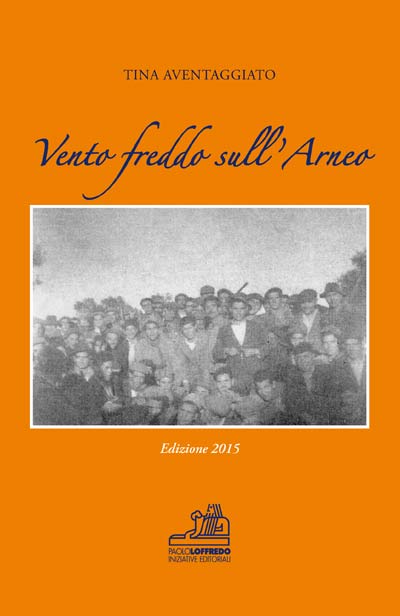 The Second World War and the partisan struggle against fascism and Nazism have matured ethical conscience and social claims also in Salento. The advent of the Italian Republic and the Constitution were the manifest signs that change can and opportunities were born even for the poorest. The Salento had its fight of redemption on the lands of Arneo. On the night of December 28, 1950, about three thousand laborers and poor peasants poured over the lands of Arneo and occupied and cleared up their dry land to protest against the agrarians and the injustice of the extract law that sanctioned the application of the separation of the latifondo in Italy and excluded the Salento. This novel tells the story and draws the Salento society capable of fighting to free the South from secular serfs. Emerges an identity on the way to claim freedom from unemployment and therefore the will to fully occupy all areas of human and civil rights.

Tina Aventaggiato got a degree in Foreign languages and literatures and is now teaching English language and civilization. She cooperated with the newspaper “Puglia” and has alredy published the novel “Abigail è tornata” (Loffredo).