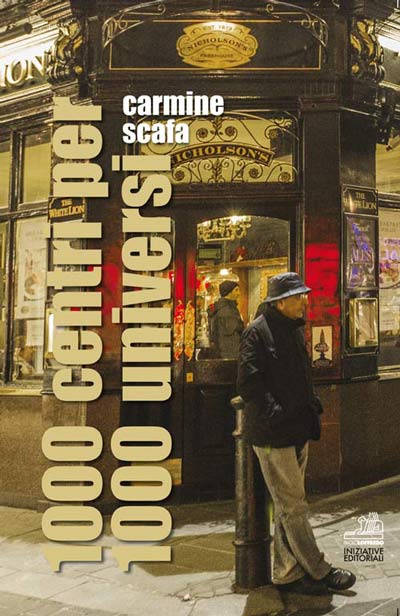 An ancient Red Indian proverb reminds us that before judging a man we must walk for three moons in his shoes.
We all feel that we are at the center of our universe from which everything is generated and takes shape: we make judgments about everything and everyone, we often consider ourselves infallible judges. We do it with the partner, with work colleagues, friends, neighbors.
Tony, Sheryl, Mattia, Michelle, Alberto, Rosario, Paola and Vittorio, are protagonists in their film.
How is it possible to temper self-centeredness if everyone is a main actor and others have appeared?
Perhaps a possibility exists: it can take shape from the awareness that ours is not the only film.
In different places and times, in other dimensions or on lines parallel to ours, other films are turning, with other protagonists and other extras.
In short, "A thousand centers for a thousand universes"

Carmine Scafa (1955) got a degree in electronic engineering and is now a manager. He has been working in the field of aeronautic industry since 1981. He got married to Sonia Ritondale (a paediatrician and photographer for passion). The have two children, Chiara (1988), a surgeon, and Giorgio (1994), a university student. He already published “In equilibrio tra due secoli” (Loffredo, 2013).